There are numerous entrepreneurial visionaries across the globe who built amazing and fruitful business empires from a little bit of money. Many of these people who accumulated great fortunes and empires started out humbly. Some of these smart investors and business entrepreneurs were fortunate enough to have money left to them as an inheritance and went on to multiple that inheritances many times over.
Donald Trump

1. The first visionary that comes to mind has been in the news for several months and is the front-runner in the 2016 Republican Presidential race for the White House, Donald Trump. Granted, Mr. Trump used a generous inheritance of one million dollars to build his empire, but the fact remains without his fortitude and smart business sense his vision would never have been such a success. His investments in real estate escalated him off the success charts for wealth management.

Henry Ford had many visions, but the one idea leading to his financial greatness was through the automobile industry when he invented the Ford car and continued to expand his business into the Ford Automobile Empire of today. Henry developed what was known today as the assembly line which was the beginning of the mass production of automobiles. Ford had little to no money of his own to realize his dreams for a car, unheard of in that time. It was through his efforts of raising the start-up capital, he needed from friends and relatives and using credit for his parts.

Steve Jobs had the vision of expanding tools for communication in an ever-growing world of high technology. Jobs invented the iPhone, iPad, and the iPod. His business started out in his single garage and grew to the incredible empire it is today. Jobs knew that he needed capital that he did not have, but also knew he possessed something much more important, innovative ideas and a vision for the future communication industry. In 1976, Jobs created one of the most influential companies of all times, Apple, and started Apple Computers, one of the finest names in the computer industry today. After Jobs died in the late 1990’s his company showed a bit of a decline. However, his business showed resilience and soon topped the market at over 300 billion dollars.

Oprah made her money in the Media arena. Oprah started out with nothing and was penniless, being born in poverty. Oprah started a slow climb to success when she won a scholarship to Tennessee State University and earned her bachelor’s degree. Nashville was where at the age of 19 she became the first African-American Television correspondent. Early 1980 found Oprah taking a position on the AM Chicago talk show and was such a success that this show became known as The Oprah Winfrey Show. It was through her efforts to break into the movies, radio and publishing industry that she slowly built her empire.

This entrepreneur had no money and worked as a clerk at a retail clothing store selling men’s ties. This sales position gave him the vision he needed to start a clothing line. He decided that men needed wider ties with bolder and brighter colors. He began to design ties for Beau Brummell Cravats based in the city of St. Louis. It was soon after this time that Mr. Lauren received over $40,000 from Norman Hilton, clothier to start his business called Polo. Polo soon became a successful clothing line and threw Lauren into a growing and prosperous clothing company worth many billions of dollars. 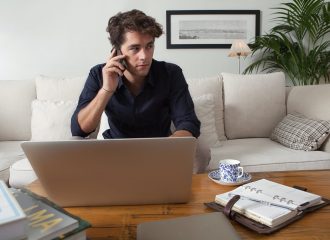 Business
Working from home has been around for some time, but it was really only until recently that companies worldwide have adopted the method. If not for the pandemic, we might have missed out on the unexpected benefits that working from...

Best Software Tools To Help Manage Your Business in 2022

Business
Getting your business up and running is only the beginning of a long, uphill battle. Although getting started was difficult enough for sure, keeping it running is another ball game entirely – one that makes many business owners raise the... 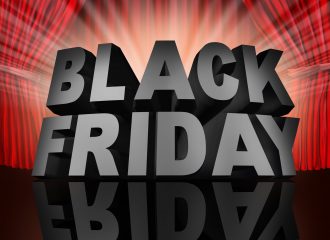 Everything You Need To Know About Black Friday

Business
The worldwide Covid-19 pandemic changed the international retail industry. You’ve doubtless heard about the rise of online shopping as a primary mode of purchase. However, you might not know about the worldwide shortages of most retail goods because of supply... 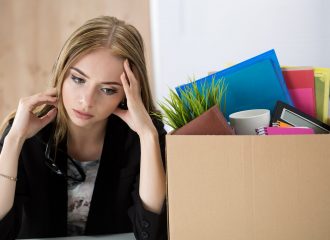 The Great Resignation: What Is It and Why Is IT Happening

Business
Over the course of three months, starting from April until June, the American labor market experienced an all-time high in terms of resignations. And it hasn’t stopped: just last August, this rate has once again reached an all-time high, with...