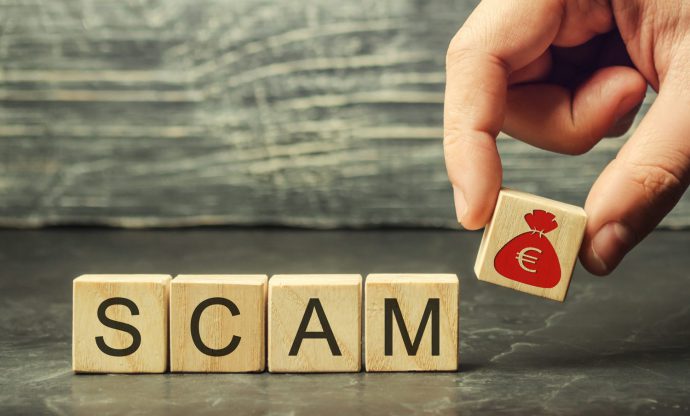 Letting your hard-earned money sleep in the bank is never a good idea. If you’re conscious about your finances, you’ll know that investments are the real way to grow wealth. That said, not all investments are good, and it’s important to know how to sort those out from the pile.

Here are 4 investment scams you should avoid, regardless of how tempting they may be.

The world of cryptocurrencies is a complex one, so it’s best to know the ins and outs first before trusting it with your cash.

There are many ways that cryptocurrency scams can be done. You could be lured with a fake website or a fake mobile application that features a fake cryptocurrency. Or you could be prompted to click on a link from scam emails that tell you to pay in Bitcoin or other legitimate cryptocurrencies.

Some are more simple or complicated than the others, but one thing’s for sure: they work. According to CipherTrace, a cybersecurity firm based in the US, over $1.7 billion was lost in 2018 due to cryptocurrency scams. That’s why these kinds of scams are very rampant these days, and that’s why you should be extra careful before signing up for things without prior research.

Similar to cryptocurrency scams, forex scams prey on those who are not too knowledgeable about foreign exchange but are hopeful––or perhaps foolish––enough to part with their hard-earned money.

Most of the time, forex scams are perpetuated by fake brokers who will set up legitimate-looking websites to gain your trust and subsequently, gain access to your wallet. Sometimes, they may even create pages with fake testimonials talking about how great or trustworthy they are. Don’t even think of just ‘trying it out’. Once you entrust your money to these fake brokers, you’re doomed to never get your money back.

Ponzi scams involve recruiting people to invest in a certain business or company with the promise of gaining vast amounts of profits when in truth, profits to older investors are simply taken from the investments of newer investors. Once the scam is no longer receiving new investors, the scam will collapse, leaving everyone else hanging. It was named after Charles Ponzi, a notorious Italian scammer who first perpetuated this type of scam back in 1919.

Most of the time, the scammers will make up some kind of fake business that the investors will presumably be investing into. This is why Ponzi scams usually merge with other types of scams. For example, OneCoin, a recent scam that cost investors over $5B is both a Ponzi scam and a cryptocurrency scam, since it doesn’t actually exist and investors were merely getting their profits from new investors, not from the returns of ‘OneCoin’.

Pyramid scams are some of the most common scams out there. It’s very similar to a Ponzi scam, in the sense that older investors are usually the only ones who will see any profit. The problem is, many people don’t see pyramid scams as real scams since unlike Ponzi scams, they typically have a real product that is being sold by individual members. When it comes to the law, it’s also a gray-area, since it can’t be strictly classified as a scam if there’s a product to be moved.

One controversial example of pyramid scams are multi-level marketing or networking businesses. Such businesses also have a pyramid structure, where the so-called upline will recruit several downlines, from which they receive a certain commission just by recruiting. Although there may be tangible products, the main way to earn is usually still through recruiting and not selling. Basically, the more downlines you have, the more income you’ll receive.

It becomes a scam, however, once the downlines run out of new people to recruit. This is because, without new recruits, it’s usually impossible to get back the money they invested in the first place.

Business
Money
Popular
Who doesn’t like owning their own time, right? For those who have already experienced it, nothing beats working from home, in the comforts of your own bed and your pajamas. Thanks to the power of the internet, this type of...